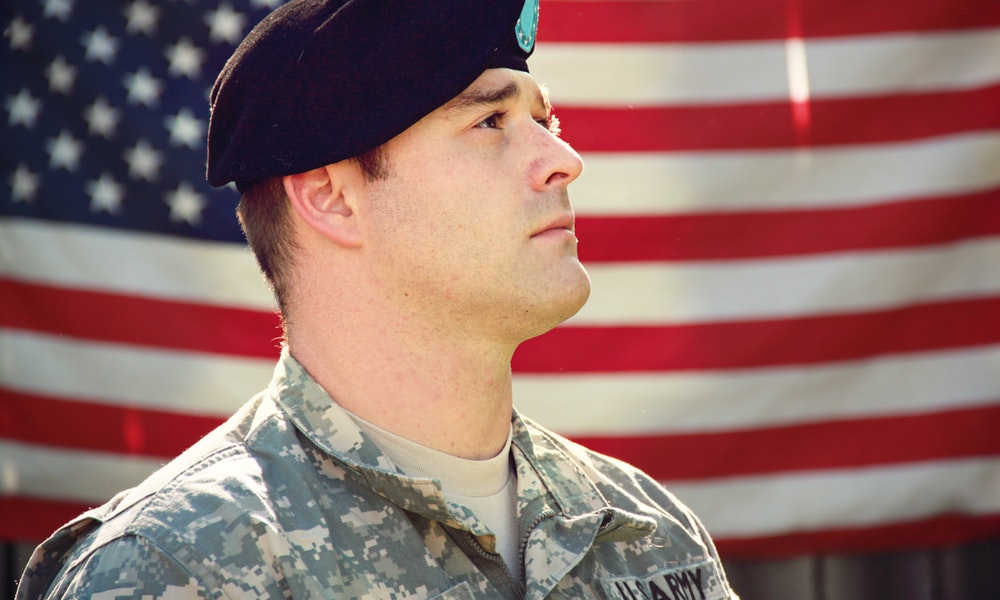 Funding a higher education in the United States is a financial burden for many families. This burden is often felt most acutely by children in relatively low-income families with a veteran parent.

The Marine Corps Scholarship Foundation has sought to rectify this problematic situation for five decades by offering need-based scholarships to children of veterans who are pursuing or planning to pursue an undergraduate or vocational course of study through one of the most highly lauded charitable non-profit organizations in the country.

The Marine Corps Scholarship Foundation has received recognition and awards from many publications and organizations based on its unrivaled administrative practices. The foundation’s collection of commendations and sterling reputation is well-deserved as the organization offers millions in scholarships every year to deserving applicants on a need-based basis.

Their application criteria are specific but succinct, and once an applicant is able to document his or her eligibility, he or she has a strong opportunity to secure meaningful funding for the duration of an undergraduate or vocational course of study.

What Is the Marine Corps Scholarship Foundation?

The Marine Corps Scholarship Foundation is a privately funded, non-profit organization that has been subsidizing higher education opportunities for the children of Marine Corps and United States Navy veterans since the organization’s inception in 1962, making it the oldest fund of its kind in the country.

Over the course of the fund’s existence, it has awarded upwards of 40,000 scholarships valued around 125 million.

In 1962, a Marine Corps veteran who had received the Medal of Honor based on his combat experience in World War II was struggling to find the capital to fund his child’s undergraduate education.

Upon being made aware of this fact, Brigadier General Martin F. Rockmore, along with a group of fellow active-duty and retired Marines, organized a gala in New York where the group raised about $1,500, all of which was awarded to the child of the aforementioned anonymous Medal of Honor recipient.

This was the first of many awards the foundation would eventually grant to the children of veterans.

Since its initial iteration in 1962, the New York City gala, now called the Leatherneck Ball, has expanded to include numerous balls, galas, fundraisers, and golf tournaments across the country, the proceeds of which are dedicated to the Marine Corps Scholarship Fund.

In addition to fundraisers, many individuals and businesses around the country donate substantial amounts of money to the scholarship fund every year, which has facilitated ever-expanding operations on behalf of the children of veterans all over the United States. In addition to its broader mission of funding an education for the children of veterans, the Marine Corps Scholarship Fund administers the “Heroes Tribute for Children of the Fallen” and the “Heroes Tribute for Children of the Wounded” programs, both of which are specifically for the children of Marine Corps and Navy veterans who were either killed or wounded in the line of duty. The operations described above are administered largely by retired Marines from the organization’s headquarters in Alexandria, Virginia. At present, the Chairman of the Board of Directors is retired Lieutenant General George J. Trautman III, and the CEO is retired Lieutenant General Robert R. Ruark.

The Marine Corps Scholarship Foundation has been repeatedly recognized by the Better Business Bureau for meeting all 20 of the extant standards for accountability, transparency, and financial responsibility.

Based on their highly lauded administrative practices the fund has received awards and recognition from a wide variety of publications that monitor charities and scholarships around the country. Recipients of the Marine Corps Scholarships outpace national averages in nearly every relevant category. The Marine Corps College Scholarship awards are need-based scholarships given, almost exclusively, to the children of veterans who are currently attending or planning to attend an approved undergraduate college, university, or technical school. A more detailed account of these criteria and the documentation required to substantiate an applicant’s eligibility is provided below.

First and foremost, to be considered “eligible children” applicants must be the child of:

The military children of veterans are ineligible if their parent did not receive an honorable discharge. Applicants are also required to demonstrate via documentation a GPA of 2.0 or better on a 4.00 scale, a family adjusted gross income of less than $100,000 annually, and enrollment or acceptance at one of the institutions listed in the National Center for Education Statistic‘s College Navigator.

Heroes Tribute for Children of the Fallen Eligibility Criteria

To qualify for the Heroes Tribute for Children of the Fallen award, applicants must be the child of:

Applicants to the Heroes Tribute for Children of the Fallen must meet the basic eligibility requirements with the exception of the family adjusted gross income requirement. Qualified applicants are guaranteed $30,000 in scholarships payable in $7,500 increments over the course of a four-year undergraduate education.

Limited Provisions for Grandchildren of Veterans

In each case, applicants must be able to furnish documentation confirming their grandparent’s membership in the relevant association in addition to meeting the basic eligibility requirements listed above. Provisions for the grandchildren of veterans are limited and, as such, the Foundation cannot award scholarships to all applicants to this subset of their available awards.

How to Apply for the Scholarship

The Marine Corps Scholarship Foundation’s application process is streamlined by their digital tools and very simple to complete if applicants have the documentation to verify their parent or grandparent’s service and subsequent honorable discharge or death in the line of duty.

With the relevant documentation in hand, applicants need only determine in which category their course of study belongs.

Over the course of the fund’s existence, it has awarded upwards of 40,000 scholarships valued around 125 million.

You can apply here: https://www.mcsf.org/apply/

Applicants who are pursuing or planning to pursue a bachelor’s degree, an associate’s degree, or a non-degree certificate program that takes more than a year to complete should apply through the “Undergraduate & Associate Degree Scholarships.” Applicants to these scholarships are classified as either “new applicants” or “renewal applicants. “New applicants” are applicants who did not receive an award from the Marine Corps Scholarship Foundation the preceding year, even if they received an award for an academic year earlier in their time as an undergraduate. “Renewal applicants” are applicants who received an award for the most recent academic year. Eligible applicants may receive a total of four awards if they continue to meet the basic eligibility requirements year after year, but awards are not guaranteed to previous recipients. And undergraduate degree applications must be completed between the 1st of January and the 1st of March in the year the applicant expects to use the award. Applicants will receive a final decision from the Marine Corps Scholarship Foundation on the last day of May.

Applicants who are pursuing or plan to pursue a course of study with a vocational school or a community college that will take less than one year should apply to the “Career Technical Education Scholarships.” Applicants can confirm the eligibility of their program by ensuring it is listed in the aforementioned College Navigator. Applications to the Career and Technical Education Scholarships are accepted year round. These awards take 5 weeks to process and subsequently fund the relevant program.

Applicants who receive an award will be notified by email and prompted to complete award acceptance items on the MyAward page of their scholar portal.

For the children of U.S. Marines and Marine veterans, as well as a limited number of Naval veterans, academic scholarships through the Marine Corps Scholarship Foundation are a strong funding option for higher education.

The organization boasts a flawless track record for efficacy and awards numerous scholarships to the children of veterans every year.

Provided applicants are able to furnish the relevant documentation, they can apply through an intuitive online platform and continue to receive awards throughout their time as an undergraduate or vocational student.